Also possibly there will be a separate Blu-ray Deluxe Edition for UK but that's TBC
Reactions: sinusR2

Expect Amazon price by release date to be £34.99 or less
Reactions: sinusR2
E

Will be interesting to see if theres much improvement over the previous release. One of my favourite Jackie Chans! 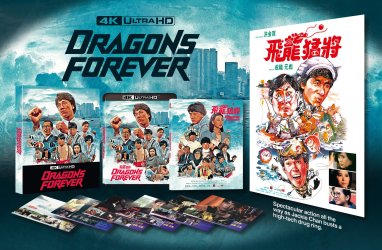 The Blu-ray Edition is USA only

UK only getting the 4K UHD Deluxe edition

UK release will have BBFC age rating logo on Jcard

I will update thread OP image when that artwork is available