On Thursday the 31st of March, Vice Press will be releasing a very special limited edition, 24x36 inch version of Drew Struzan’s artwork for Hellboy II: The Golden Army.

Originally commissioned by filmmaker Guillermo del Toro to promote the film on its release, the poster was previously only available as a giveaway print at New York Comic con in 2008. Vice Press have collaborated with Drew Struzan, under license from Universal Studios, to rework the art into two new limited edition versions. A regular movie poster edition of 450, featuring a gold hot foil stamped title, and a variant art print edition of 250.

You will be able to pick up both versions of the poster on Thursday the 31st of March, at 6pm British Summer Time (1pm Eastern), from Vice-Press.com and from Sideshow Art Prints. This release ships Worldwide. 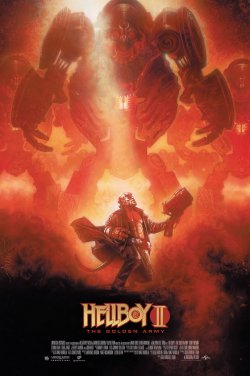 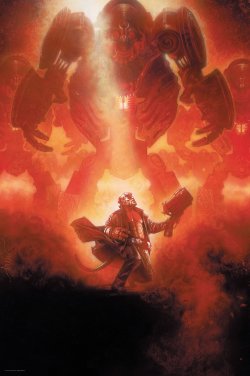 Vice Press Shaun Of The Dead By Juan Ramos