WarnerMedia's forthcoming streaming service has handed out straight-to-series orders for Duster, The Shining offshoot Overlook and what is described as a "major" show based on DC Comics characters in the Justice League Dark universe. All three shows will be exec produced by Abrams and his wife and Bad Robot partner, Katie McGrath, and Warner Bros. TV Group.

It is an untitled drama based on characters in the so-called Justice League Dark universe, details of which are being kept under wraps. JLD debuted in DC Comics in 2011 and is a team featuring magic-based characters such as Zatanna, Deadman, Swamp Thing and John Constantine. Over the years, Warners has attempted to get a big-screen version of the ground with filmmaker such as Doug Liman and Guillermo Del Toro coming and going. Warners-backed streamer DC Universe also had a short-lived drama series based on Swamp Thing and produced a Constantine TV series for NBC with the character ultimately folded into The CW's Arrow-verse. (The fate of DC Universe as a home for scripted originals remains murky at best.)

"What an amazing start to our association with the wildly imaginative Bad Robot team under J.J. and Katie," said Kevin Reilly, chief content officer at HBO Max. "What could be better than an original J.J. idea and then Warner Bros. letting them loose on iconic IP from Stephen King and the DC Universe and to provide more must-have programming on HBO Max."

For Bad Robot, meanwhile, Overlook, Duster and the JLD show are the first three series to stem from the company's newest overall deal with Warners. The sweeping deal, which was in the works for more than a year with other media titans pursuing Abrams and company, brings Bad Robot's film and TV work under the same roof for the first time. All told, this is Bad Robot's latest streaming series and joins Apple's Lisey's Story, Little Voice and My Glory Was I Had Such Friends as well as Hulu's Castle Rock, with the latter awaiting word on its future. The company also exec produces HBO's Westworld and the premium cable network's forthcoming Lovecraft Country and Demimonde, with the latter having been created by Abrams.

HBO Max is poised to launch at a date to be determined in May. The platform will be the exclusive streaming home for libraries of Friends and The Big Bang Theory as well as originals from across the Warner Media brand including HBO, Cartoon Network, Adult Swim and more. The service, which will cost $15 a month, will be home to scripted originals including new takes on Dune, Gossip Girl, The Boondocks, Gremlins, Grease and Green Lantern as the platform leans hard into IP.

via The Hollywood Reporter 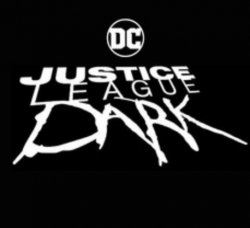