Plot: The story of 14th century Czech icon and warlord Jan Zizka who defeated armies of the Teutonic Order and the Holy Roman Empire. 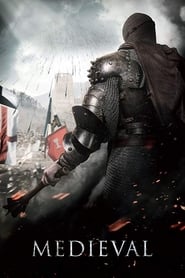 Czech filmmaker Petr Jákl’s (Ghoul) has written and will direct the film with shooting due to begin this fall in and around Prague. Jákl produces alongside Cassian Elwes (Mudbound).

The English-language movie will chart the story of national hero Zizka (“Jan Zizka of Trocnov,” as he also is known), a revered military tactician who defeated armies of the Teutonic Order and the Holy Roman Empire. He is known for his innovative strategies and for quickly training peasants to face skilled and armored opponents who usually outnumbered his own troops. The film will also focus on his relationship with a local heiress and his faceoff against a rival king.

Two-time Oscar winner Caine will play Lord Boresh who is the right hand of the Czech King Wenceslaus IV.

Backers include the Czech Film Fund, the Prague Film Fund, Creative Europe and private sources. Additional support comes from the Middle Bohemia Region, the Capital City of Prague and the President of the Senate of Parliament of the Czech Republic.

Caine will next be seen starring in King of Thieves, directed by James Marsh, alongside Jim Broadbent, Ray Winstone, and Paul Whitehouse. He has also produced and narrated My Generation, the documentary about Britain in the sixties, which features Paul McCartney, Keith Richards, and other icons of the decade.

“It’s been a dream of mine to make film with Michael Caine since I first started working in the business. Now this dream has come true and I couldn’t be more excited. He’s a living legend,” said Elwes. Caine is repped by ICM Partners and Kate Buckley at 42 in the UK.

I expect Filmarena to tackle this project later, given that it's about a Czech icon and helmed by a Czech director.