Throughout the years, Godzilla has stolen all the headlines to be known as the King of Monsters. But the Queen of the Monsters is undoubtably one of the worlds most iconic kaiju of all-time: Mothra. So tomorrow, we want to celebrate her in all of her glory, with a brand new statue and posters

One of Mothra's most impressive appearances taking place in the intense sequel to GODZILLA AGAINST MECHAGODZILLA, GODZILLA: TOKYO SOS. Mothra goes into an all-out battle with Godzilla to try and stop him from destroying Tokyo (again!). Her look and design in this film feels like her most realized appearance, which is why we're releasing it as a Premium Scale Statue.

In addition, we have a pair of awesome new posters by Tom Whalen for one of our favorites from the Shōwa Era, MOTHRA VS. GODZILLA -- available as a regular English edition, as well as a Japanese variant.

In addition to the statue, we have new posters from Tom Whalen for MOTHRA VS. GODZILLA. Both of the posters below will be going on sale tomorrow at 12PM CT on The Drop. 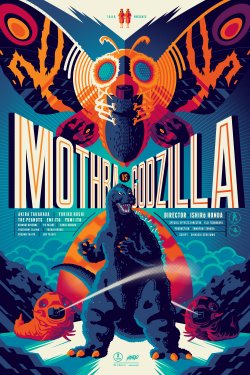 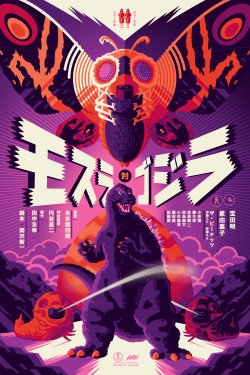