Plot: When a young nun at a cloistered abbey in Romania takes her own life, a priest with a haunted past and a novitiate on the threshold of her final vows are sent by the Vatican to investigate. Together they uncover the order’s unholy secret. Risking not only their lives but their faith and their very souls, they confront a malevolent force in the form of the same demonic nun that first terrorized audiences in “The Conjuring 2,” as the abbey becomes a horrific battleground between the living and the damned. 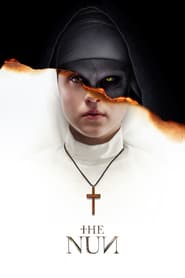 Plot: A priest named Father Burke is sent to Rome to investigate the mysterious death of a nun.[/MOVIE1][POSTER1] After the much-deserved success of The Conjuring 2, it looks like New Line Cinema is getting serious about building a true “Warren Files” universe, as The Hollywood Reporter brings word that that film’s writer David Leslie Johnson (Aquaman, Wrath of the Titans) has been hired to pen a spin-off of the demonic nun character titled, appropriately, 'The Nun'.

This follows in the footsteps of the previous spin-off Annabelle, which while not quite as critically or financially successful as The Conjuring, earned quite enough ($256 million worldwide) to warrant an Annabelle 2, which will be directed by David F. Sandberg (Lights Out) and open on May 19, 2017. Series caretakers James Wan and Peter Safran will produce The Nun, which was apparently a character added in last-minute reshoots just this past March. The main villain was originally a horned demon who was cut from the film.
Click to expand...

EXCLUSIVE: Director Corin Hardy is at the altar with New Line on The Nun, the second spinoff to the hit genre film The Conjuring. Scripted by Gary Dauberman and James Wan, and produced by Wan and Peter Safran, the film gives front-and-center treatment to the demonic nun who menaced Vera Farmiga’s character throughout The Conjuring 2. This is the second spinoff, after Annabelle, which has a sequel bowing August 11. The Conjuring universe quickly is becoming one of the biggest horror franchises, already grossing a collective $897 million worldwide.
Click to expand...

I absolutely love the conjuring movies so really looking forward to this! Though that nun did scare the crap out of me. lol
Reactions: bloodsnake007

elle82 said:
I absolutely love the conjuring movies so really looking forward to this! Though that nun did scare the crap out of me. lol
Click to expand... The Nun, the upcoming spinoff of Warner Bros. Pictures‘ The Conjuring franchise, has set Taissa Farmiga in the title role. Deadline has the news, reporting that the actress, the younger sister of The Conjuring‘s Vera Farmiga, will headline the Corin Hardy film alongside the previously-announced Demian Bichir (The Hateful Eight, Weeds).

Filming has wrapped on 'The Nun' 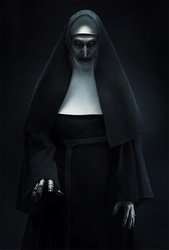 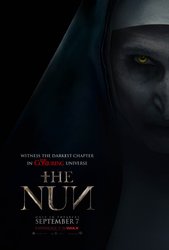 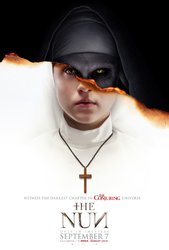 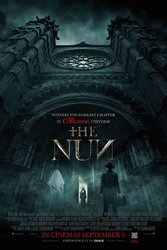 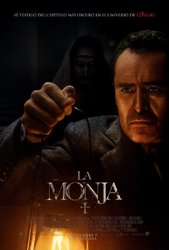 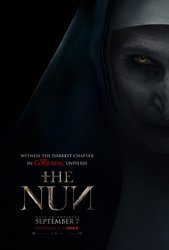 I don't know if I can watch this, I mean it looks scary as hell. I'd have nightmares for a week. Thank god I have a dream catcher.
Movie information in first post provided by The Movie Database
Show hidden low quality content