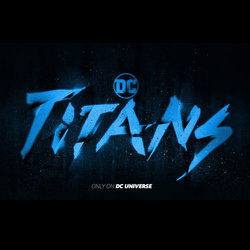 @kaw is this why Barbara Gordon is missing on Gotham

my purple ninja > your orange ninja

@mllNY LOL, I was going to change it to purple... but you beat me to it.

Not sure if different shows/networks have the rights to certain characters or not.
You would hope DC has a bit of a plan with this. It would be awesome if this existed in the same universe as Flash and Arrow.
I'm ok if it isn't in Gotham's. haha

come on over to purple, you know you want to. it's ok to admit it.
Reactions: kaw

TNT will not be bringing DC Comics’ Titans to the small screen, network president Kevin Reilly confirmed on Thursday at the Television Critics Association winter press tour in Pasadena.
“It is not [still in development],” Reilly shared. “We just decided it wasn’t quite where we wanted to go.”

TNT said it was partly due to an over crowded superhero market, but there are only 4 superheroes shows on TV.So if I'm reading this correctly, Super-girl played a part in killing this show?They were good with doing it with only the flash and Arrow on TV so what changed?

Well i guess this means we can get some of these characters on other DC shows.I would love Night Wing on Arrow, but then that would confirm that their is a Batman in that universe - so not likely.
Reactions: Cobster

@dboy99 Probably with Legends of Tomorrow coming out too made it less exciting for them to make the show.
It would be awesome if they had more of the BAT-universe on Arrow. I haven't been watching Gotham... but that isn't related at all to the CW shows, is it?

kaw said:
@dboy99 Probably with Legends of Tomorrow coming out too made it less exciting for them to make the show.
It would be awesome if they had more of the BAT-universe on Arrow. I haven't been watching Gotham... but that isn't related at all to the CW shows, is it?
Click to expand...

Nah, Gotham is it's own thing.Not connected at all.

Even with Legends and you can throw in Agent Of Shield too and that's still not a lot of shows compared to other genres.TNT needed this so they can stop running Smallville as their main super hero show.And that runs at 6 AM.the whole move just seems weird.

Warner Bros. Television and DC Entertainment have announced that a new live-action series called Titans will debut in 2018.

It will air exclusively on a new DC-focused digital service run by Warner Bros. Digital Networks Group that promises to "deliver an immersive experience designed just for DC fans."

Titans is being written by Akiva Goldsman (Star Trek Discovery), DC Entertainment president Geoff Johns, and Greg Berlanti (Arrow, The Flash, Supergirl). All three, along with Sarah Schechter, are on board as executive producers. This new live-action drama will center around Dick Grayson, who "emerges from the shadows to become the leader of a fearless band of new heroes" that includes Starfire, Raven and many more. For now, Dick's superhero alter ego -- he's been both Robin and Nightwing in the comics -- hasn't been revealed.

While Warner Bros. was previously working with TNT on a Titans series, the network confirmed production was canceled last year. It's worth noting that Goldsman was working on Titans when it was at TNT, but with a different co-writer, Marc Haimes.

So the real question is... with a Nightwing movie in the works... why would they launch both at the same time?
Also what universe does this take place in? theCWU? DCMovieU? ...GothamU? or a brand new one? Art of Thwaites as Nightwing:

and I somehow missed this:

Anna Diop (as Starfire) and Teagan Croft (as Raven) Today we have our first look at Brenton Thwaites as Robin in the upcoming live-action streaming series Titans. The Warner Bros. TV series will premiere in 2018 as part of DC’s direct-to-consumer digital service.

Titans comes from executive producers Akiva Goldsman, Geoff Johns, Greg Berlanti and Sarah Schechter. In the action-packed series, Dick Grayson emerges from the shadows to become the leader of a fearless band of new heroes, including Starfire, Raven and many others. Fans can expect Titans to be a dramatic, live-action adventure series that will explore and celebrate one of the most popular comic book teams ever. DC Universe streaming service will be $7.99 per month or a yearly discounted rate of 74.99 per yr. You can sign up now for the yearly service and get 3 free months if done by July 22nd

Not a huge fan of the trailer.
Not because of the "**** Batman" part. I'm totally ok with that. But more so with the tone, the music choice, and too much focus on Raven and not the other Titans.