THIS NINJA WEEK PRIZE HAS KINDLY BEEN DONATED BY NOODLES

WHO IS ELIGIBLE?
All registered members regardless of post count. 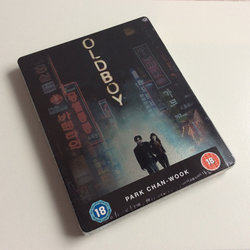 HOW TO WIN:
Thank this post and comment below with your answer to the following question...
What's the worst kind of "food" you've ever eaten?

TERMS AND CONDITIONS:
One post/entry per person.
A winner will be chosen at random.
Winner pays shipping costs.

The worst food I've ever ate was liver sauteed with onions!

The smell alone grossed me out, don't know why I even bothered taking a bite... ewww!

Beef Liver has to be the worse food I have ever tried to eat.
Reactions: bloodsnake007
S

I have to agree with Bruckle. Natto is pretty hard to choke down.
Thanks for the giveaway.
Reactions: bloodsnake007

Sauerfleisch (soured meat in jelly?) made me

Beef Brains. Of course, as soon as my first swallow I realized my own brain had failed me on this occasion.
Reactions: bloodsnake007

When I used to compete in martial arts I went over to America to fight. Me and the team were taken out to an authentic Korean restaurant by the masters and I as I wasn't familiar with Korean cuisine, one of the masters asked if i liked beef and I said yes and he proceeded to order me something.

It came to the table and it looked very odd, not beef that I'm used to and was shreds of meat around small bones. I then in turned and started to eat and have to say it was foul. I then asked, "this isn't beef of a cow is it?" And he said " no canine"' "as in a dog?" I asked and he said yes.

Well, all of a sudden I felt really full, excused myself and want to the toilet and proceeded to throw up!!

I'm all for trying for different things, but had I known what it was prior, I would of refused out right as being from a nation of dog lovers, it was hard for me to digest, no pun intended. But hey, different strokes for different folks and all that!

Thanks for giveaway, @Noodles !
I actually haven't eaten this monstrousity...but my friend @Bruckle has!
The Japanese Burger King BLACK WHOPPERS Once I ate an alleged pasta dish where the maccheroni were literally floating in a bowl of tomato sauce. I was in Santa Cruz CA.

Thanks for this wonderful giveaway!
Reactions: bloodsnake007

Probably a frozen airtight meat meal that they serve you in the military, was not at all flavored like a certain meat usually tastes like, probably all the preservatives!
Reactions: bloodsnake007

The worst food I ever ate was squid, so that scene in the movie has an added level of nasty to me!

With that said, beautiful package, thank you for giving away something this cool. #bestweekever
Reactions: bloodsnake007

Thanks for the giveaway. I ate tarantula a few years back. The legs tasted fine but the body was like charcoal.
Reactions: bloodsnake007

thanks for the giveaway, Noodles!

got to admit i haven't tried anything i haven't liked, from chicken's feet to various stomachs and so on. i'm usually game to give most things a go. really like liver and bacon with ketchup and a rich sauce, don't know why this thread is so anti-liver! possibly with a nice Chianti...

maybe snails, then - just don't see the point, they only taste of butter, i.e. they have no taste. the texture, however...

but there's quite a list of things i haven't tried and wouldn't want to, including animals i'm sort of scared of (e.g. spiders). rule of thumb is most things taste better when you don't know what they are.

if it says 'meat' rather than a specific animal, it's usually 'pet' of some description!

You are warned guys.. This video is extremely disgusting... XD
Didn't eat one, but smelled it because the singer of a band thrower one in the audience... Its probably the most disgusting thing I have ever smelled.