These new features can be put into action across three new story locations; Rome, Vatican City, and the Kamchatka peninsula in Russia. Playable either solo with AI teammates or with up to three friends online, players can dive in with eight classes — Gunslinger, Hellraiser, Slasher, Medic, Fixer, Exterminator, Dronemaster, and the new Vanguard class — and progress to unlock new perks.


As one of those classes, you'll be able to dual-wield weapons as part of the overhauled melee combat system, such as swinging with both a sickle and a cleaver. There are also new unique moves and perks for melee combat. These can be used against the new zombie enemies, which include swarms of undead rats.

The PC, PS5, and Xbox Series X|S versions also have an exclusive Horde XL mode, which will be added after launch in a free update. This adds hundreds more on-screen zombies, something which couldn't be done on the PS4 and Xbox One versions of the game.

World War Z: Aftermath will launch later this year for $39.99 on PlayStation 4, Xbox One, and PC, and will be backwards compatible for PS5 and Xbox Series X|S with 4k/60FPS support. Owners of the original release of World War Z can upgrade to Aftermath for $19.99. A deluxe edition, including a bonus weapon pack, weapon skins, and four days early access will be available for $49.99 or $29.99 for existing World War Z owners. The fully upgraded PS5 and Xbox Series X|S versions of the game will be released in early 2022 and provided as a free upgrade for existing owners.

Make sure to check back as we've got much, much more coming from IGN Expo today, and IGN's Summer of Gaming all this month, including E3 2021 coverage.
Click to expand... 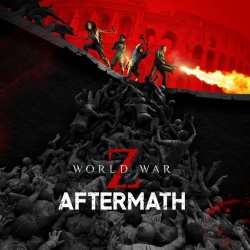